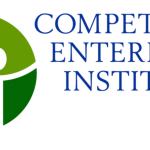 Along with its regulatory reforms, the Trump administration has also sought to unleash the American economy by streamlining the federal permitting process for major infrastructure projects like roads and pipelines. A key component of this effort was finalized today in the form of a rule making key changes and clarifications to the National Environmental Policy Act (NEPA). Enacted in 1970 and intended to be a straightforward assessment of the environmental impacts of proposed projects requiring federal action, NEPA has metastasized into a weapon used by environmental obstructionists to delay unwanted roads, bridges, electric transmission lines, pipelines, ports, and other infrastructure projects. As a result, the Environmental Impact Statements required for major projects take four and half years on average and nearly every final decision is challenged in federal court, leading to further delays. In some cases, the delays are so great that project developers are forced to give up entirely. 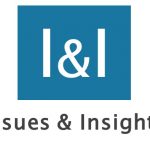 When a road project takes just three years to build, but 25 years to begin construction because of permitting and legal delays, the regulatory system is not working for the taxpayer. That was the case with the Basnight Bridge in North Carolina, a 2.8-mile replacement to the aging Bonner Bridge connecting the Hatteras and Bodie islands in the Outer Banks. Despite widespread support from the community, the project was relentlessly delayed by lawsuits. While the bridge was eventually approved, this is just one of a growing number of infrastructure projects that have fallen victim to the delays resulting from the National Environmental Policy Act (NEPA). Thankfully, though, through the diligent work of the Trump administration, commonsense improvements to NEPA will be finalized this year. These improvements will still protect our environment while creating much-needed jobs during the pandemic recovery. 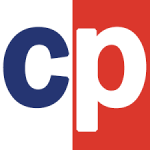 Colorado Politics | The Podium: Removing a roadblock of red tape

Colorado is an uncommonly beautiful state with a rapidly growing population, so it illustrates perfectly the importance of balancing development and environmental protection. Done the right way, highway infrastructure projects keep pace with the needs of residents and tourists while also reducing congestion and the related economic loss stemming from traffic, air pollution and safety hazards. Particularly during our current crisis that has put thousands of Coloradans out of work, economic investment in the state’s infrastructure is more important than ever to create jobs and support commerce. Unfortunately, the outdated permitting process under the National Environmental Policy Act (NEPA) has delayed countless infrastructure projects. In almost 50 years of existence, NEPA has not been updated to keep up with an increasingly litigated environmental approval process, which has commonly delayed projects for an average of six years and cost $4.2 million before a single shovel is put into the ground. Even before this year’s challenges, the American Society of Civil Engineers gave U.S. infrastructure a D+ because of the crumbling state of our nation’s highways, bridges, and tunnels. We cannot afford to continue to work with this archaic approval process. 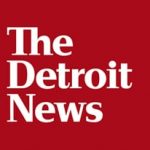 While the government and media focus on COVID–19, Michigan farmers are hoping policy priorities emerge from the pandemic that will accelerate economic recovery. To protect the American food, fiber and fuel supply, agriculture depends on critical infrastructure and access to reliable energy supplies to maintain or increase production as necessary. Policymakers on both side of the aisle and businesses across sectors should be able to find common ground in strengthening infrastructure. Yet, environmental regulation (and overregulation) is a topic of heated debate as the Trump administration works to reduce red tape to stimulate valuable infrastructure development.

TO THE MEMBERS OF UNITED STATES CONGRESS: The undersigned organizations urge you to make permit streamlining a centerpiece of any future bill to rebuild America’s infrastructure. Including provisions that modernize the Federal environmental review and permitting process to reduce delays and enhance project planning and delivery is paramount to realizing our shared goals of economic recovery and continued environmental protections. Our organizations represent sectors that provide critical infrastructure and services for the American economy across a broad range of sectors, including agriculture, energy, forestry, manufacturing, construction, transportation, and more. We fully support the fundamental environmental stewardship goals of the National Environmental Policy Act (NEPA); however, it is widely recognized that these review processes have become hampered by unreasonable costs and long project delays. 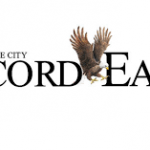 Michigan’s economy by all accounts was on quite a roll recently. Unemployment was low, incomes were growing and Detroit’s comeback became a national story. Things were good. Then the unthinkable happened: a pandemic. Michigan is battling COVID-19 with everything we’ve got and, thankfully, it appears we are heading in the right direction thanks to efforts from the federal level all the way down to our local authorities, especially our front-line health care providers. Now, as families wonder where their next paycheck will come from, our leaders are initiating planning for reopening our economy. That will not be a simple job.